So, we’re back from Berlin… Had a fantastic time just chilling out, taking in some history and the sights. We did one of the free walking tours, which was excellent, and got to see a lot of the touristy places… Brandenburg Gate, Bebel Platz, Berlin Wall, the Reichstag, Holocaust Memorial, and so on. 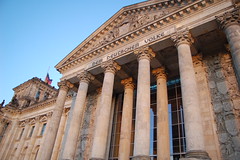 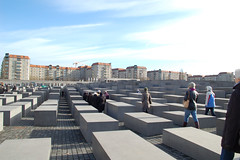 Took in a few bars one night, including this cool little Cuban place: 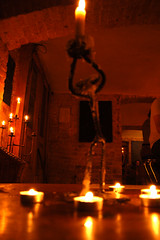 We somehow (very flukey) managed to be there over Long Night At The Museum, an evening when all the museums are open from 6pm to 2am. You buy a single ticket and it allows you access to all the museums, who all have special programs on for the event. We got to visit the Jewish Museum, the main one we had wanted to see. It was difficult at times to comprehend what the Jews have suffered, made me very reflective. The architecture in Berlin seems so well thought out – brought me back to comments from Soliton Sessions last Feb about how we shape our buildings and then they shape us. I’m really fascinated by how the design and shape of buildings impacts upon how we interact with them. My favourite memorial in the Jewish museum was one called Shalechet – click the picture below to read the artists description of it. 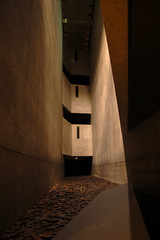 We also managed to take in a piano recital in Berlin Cathedral… oh my word it was amazing! 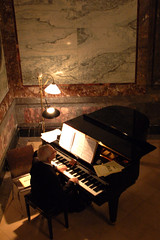 “Here we are living in a world of “identity crises,” and most of us have no idea what an identity is. Half the problem is that an identity is something which must be understood intuitively, rather than in terms of provable fact. An infinite question is often destroyed by finite answers. To define everything is to annihilate much that gives us laughter and joy.”

Desktop Delight For You 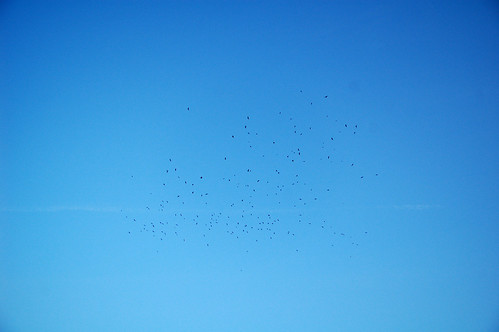 I’m off to Berlin for a few days. Sara and I are heading out today til Sunday for a bit of a holiday… good company, new city… lots of photographs hopefully, maybe even learn some history if I’m lucky. See ya Sunday.

A few nights ago I watched a great film, Freedom Writers.

Freedom Writers is inspired by a true story and the diaries of real Long Beach teenagers after the LA riots, during the worst outbreak of interracial gang warfare. Hilary Swank plays Erin Gruwell, whose passion to become a teachers is soon challenged by a group of Black, Latino, and Asian gangbangers who hate her even more than each other. When Erin begins to listen to them in a way no adult has ever done, she begins to understand that for these kids, getting through the day alive is enough – they are not delinquents but teenagers fighting “a war of the streets” that began long before they were born. Erin gives them something they never had from a teacher before – respect. For the first time, these teens experience a hope that maybe, they might show the world that their lives matter and they have something to say.

There were so many scenes throughout this film when I was literally blown away by things that were said. It addresses some fantastic issues. It’s also one of only four films thats made me cry!

In one scene, Miss G and her husband Scott are talking, when he says… “I think what you are doing is noble, and it’s good, and I’m proud of you. I am. I just want to live my life and not feel bad about it.” I think this quote is representative of a lot of what is wrong today. People believe in the ideals, but they aren’t really willing to pay the price to pursue them.

Another scene shows the kids in Erin’s class listening to Miep Gies (the woman who hid Anne Frank) speak about her experiences. One of the teenagers calls her a hero, and she responds…

“I did what I had to do because it was the right thing to do. That is all. We are all ordinary people, but even an ordinary secretary or a housewife or a teenager can within their own small ways turn on a small light in a dark room… You are the heroes. You are heroes everyday.”

To find out more visit the movie website, or visit the Freedom Writers Foundation.