Spending the week in London means exploring some new places… one of those new places last week for me was Wahaca.

Wahaca describes itself as ‘Mexican market food’… and man, was it good! I went to the Covent Garden branch (there’s another one in White City) with a few of my gaptastic colleagues for a late dinner on Thursday evening, my last night in London. The food was great, and I loved the vibe of the place… very laid-back, good music, and excellent prices for London.

Highly recommend it if you’re in town!

It’s been a lighter week on the blog front, been busy in London, but lots to share! For now, here’s this weeks installment of Lyrics On Friday. This one’s been swirling around for weeks now, the whole album (Leavetaking) is great, but there’s something so haunting in this song…

What songs been rattling around your head this week?

The latest Ctrl.Alt.Shift collaboration has been launched…

Conflict is a major contributor to poverty throughout the world. 80% of the world’spoorest countries have suffered from a major conflict in the past 15 years, funded by a global military spend of $900 billion. Almost every conflict zone in the world is located in a developing country. Very little change happens without some conflict, for the simple reason that people who hold power at the expense of others usually fight to hold on to it. The human destruction caused by violent conflict isdevastating: 90% of modern war victims are civilian. 75% of the world’s refugeesare women and children, as men are often killed or forced into armies or militias.

Ctrl.Alt.Shift and BALTIC are hosting a contemporary art competition around the theme of conflict, giving you the chance to get involved. You will be given the opportunity to showcase your work on the BALTIC website and BALTIC’s own Quay TV, as well as being published in Ctrl.Alt.Shift magazine which is distributed nationally. Your work will accompany the Ctrl.Alt.Shift exhibition at BALTIC. To enter, all you have to do is create a piece of artwork based around conflict, take a picture of what you create and then upload it to this site. Some themes to consider that might help you find direction are: racial and ethnic intolerance, political violence and violence in culture – further information can also be found on the website and in the brief.

Ctrl.Alt.Shift is a community for passionate and outspoken individuals, joined in the fights against poverty and injustice. Learn about the issues. Add your voice. It’s your world – take control.

A Weekend Of Friendship 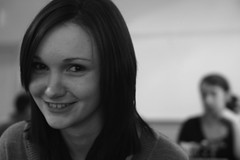 Watching superhero movies in Glasgow with Hannah…
(whom I haven’t personally taken a photo of yet…. I should fix that soon; for now I’ve stolen this off her facebook…)

And hanging out in London with Mah, one of the inspiring gappers I get to work alongside at Christian Aid… 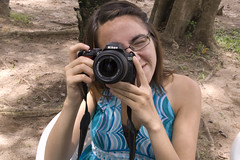 How was your weekend?!

This weeks song of the moment:

Something’s gotta change
I know i’m lucky in a lot of ways
So why do I want more
Than what I have?
Brace myself to hear the lies
I wonder if they know that I
Don’t get the jokes but I just
Need to laugh

So don’t take my photograph
Cos I don’t wanna know how it looks
To feel like this
As cars and people pass
It feels like standing still but I know
I’m just moving sub-consciously
One day I guess i’ll be
The man that you think you see
I’m just moving uncomfortably
Slow.

What’s been keeping you going this week?