I’m uploading a lot to my flickr at the minute, so keep checking it regularly for new images from my trip to East Africa. Here’s a few more snaps I really like… 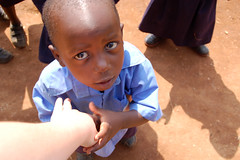 I wanted to take this kid home, he was so cute! 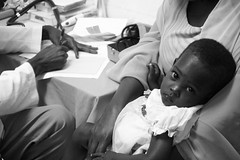 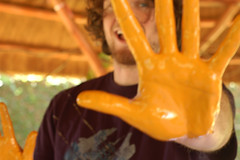 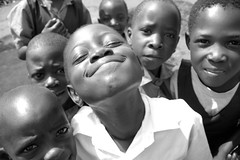 I also really like the colour version of this – can’t decide which I prefer, what do you think?

“I can’t tell you what art does and how it does it, but I know that art has often judged the judges, pleaded revenge to the innocent and shown to the future what the past has suffered, so that it has never been forgotten.

I know too that the powerful fear art, whatever its form, when it does this, and that amongst the people such art sometimes runs like a rumour and a legend because it makes sense of what life’s brutalities cannot, a sense that unites us, for it is inseparable from a justice at last. Art, when it functions like this, becomes a meeting-place of the invisible, the irreducible, the enduring, guts and honour.”

I feel like I haven’t really stopped since I got back from East Africa… so it’s nice to be settling back into the flat in Glasgow, and having no plans for the next few days.

I spent the weekend at Greenbelt, and had a blast getting to know some of the new Christian Aid gappers and other staff. Got to hear a few talks (Pete Rollins & Brian McLaren), some good music (Relentless Craving, Yvonne Lyon, Jose Gonzalez), and catch up with some friends I havent seen in a long time (Foy and others). I’ll post some notes and photos etc soon.

I’m still uploading photos from my trip to East Africa. Have finished editing and sent the stuff off to the FOL office – was very cool to see a sneak peak of the new website, which looks great. Keep an eye out for it in the near future! Keep checking the flickr, there will be new photos daily.

Yesterday I took a trip over to Dunfermline to hang out with a wonderful new friend, a girl I met in Uganda. It was great to spend some time together again, though took us both a while to get over the whole “we’re together, in Scotland” thing! It wasn’t long enough though!

I’m starting my new job on Wed… all a bit scary and exciting!

This week, as the world looks on, help the leaders in this room create a civil dialogue about our future.

We need you, God, as individuals and also as a nation.

We need you to protect us from our enemies, but also from ourselves, because we are easily tempted toward apathy.

Give us a passion to advance opportunities for the least of these, for widows and orphans, for single moms and children whose fathers have left.

Give us the eyes to see them, and the ears to hear them, and hands willing to serve them.

Help us serve people, not just causes. And stand up to specific injustices rather than vague notions.

Give those in this room who have power, along with those who will meet next week, the courage to work together to finally provide health care to those who don’t have any, and a living wage so families can thrive rather than struggle.

Help us figure out how to pay teachers what they deserve and give children an equal opportunity to get a college education.

Help us figure out the balance between economic opportunity and corporate gluttony.

We have tried to solve these problems ourselves but they are still there. We need your help.

Father, will you restore our moral standing in the world.

A lot of people don’t like us but that’s because they don’t know the heart of the average American.

Will you give us favor and forgiveness, along with our allies around the world.

Help us be an example of humility and strength once again.

Even in our diversity help us see how much we have in common.

And unify us not just in our ideas and in our sentiments—but in our actions, as we look around and figure out something we can do to help create an America even greater than the one we have come to cherish.

God we know that you are good.

Thank you for blessing us in so many ways as Americans.

I make these requests in the name of your son, Jesus, who gave his own life against the forces of injustice.

Let Him be our example.

I was checking my blog stats today when I noticed some folks have been referred here by a site called ScottishChristian.com… I was intrigued!

I found myself listed in their blog directory, and not really sure what I was expecting, but in their “blog by category” section I am listed under “Independent”… I think thats good?

Kept me amused at least…