As I mentioned in my last post, on Monday morning I went to the keynote panel of Uganda Lobby Day, organised by Resolve Uganda. The keynote was addressing the question, ‘How can the United States and the International Community Most Effectively Contribute to Lasting Peace in Northern Uganda?’ There were some very distinguished panelists…

There was a suprise guest before the panel began as well, Grace Akallo of Zion Project. You can read a bit about her here, her story is powerful. 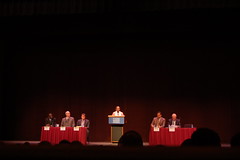 Some points that stood out from the initial speeches… 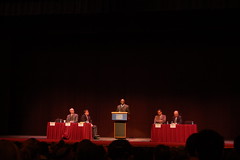 After the individual speeches, there was an open Q&A time, which raised some very interesting questions…

This last point was the main one I’ve been struck by and am thinking through. I’ll let you know if I have any further developed thoughts on this!