Man I’m so late in writting up these trips!

My time in New York was amazing. I spent a week with my family just hanging out after we took the train from Washington to NYC. We did a lot of the touristy things, including several bus tours around Manhattan and Brooklyn. I celebrated my 20th birthday by geeking out. New York really is an incredible city… the architecture, the culture, the pace, the coffee… 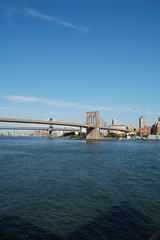 Saw some beautiful architecture: the Flatiron Building was one of my favourites, and one I had been looking forward to most. Brooklyn Bridge is also incredible, went for a walk across it one day. Had a wander round the Rockafeller Centre (mostly known for the Christmas tree in Home Alone), and Macys. Apparently there is debate over whether Macys (New York) or Harrods (London) is the biggest department store in the world… I’m neutral since I’ve not been to Harrods yet! 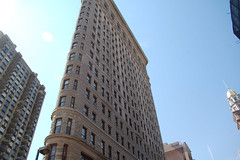 We took the ferry to Staten Island one day, mainly because it was a free way of seeing the Statue of Liberty. It was great… you really do get some stunning views of Manhattan from the water. The Saturday I was there with my parents we had a wander round the farmers market at Union Square, which is apparently one of the best in New York. It was very cool… lots of lovely fresh, organic food and random artists with pictures, canvases and photographs. I met a photographer from Dublin that day! 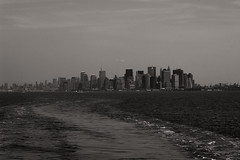 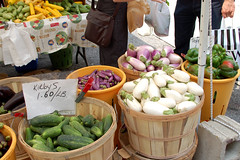 My family flew home after a week in NY, and I stayed on. I had another 4 days before heading back to Washington for a week (the family had already been there while I was still in Latvia). On the Sunday I visited a few local churches. I went to Brooklyn Tabernacle in the morning, and was overwhelmed by it. I’ve never really thought much about how a coloured person feels walking into a predominantly white church service, but walking into a predominantly coloured church service made me realise how they must feel! I think it was a really good way to expand my horizons a bit more. Loved worshiping somewhere thats outside my normal experiences!
Sunday evening I went to Origins NYC, which I loved. This church was me… it is such a creative place, and I really like how it combines use of modern and ancient methods of worship: liturgy and worship bands, powerpoint and pews. Got a chance to chat to their pastor, Jon, afterwards, and was really encouraged by him. It’s now on my podcast list.

I spent most of the 4 days I had alone in NY just resting… I drank coffee, took pictures, walked in parks, read books… it was amazing. It was exactly what I needed. New York is a great place to photograph, really proud of some of the images I came away with. (Find them on Flickr here.) One day when I was just chilling out at Pier 17, I unintentionally ended up at a Korn gig…! They were doing a big promo thing to launch their new album just outside the shopping centre I was in, so here I am lying on the chair, taking it easy… only to be disturbed by throning masses of people and Korn blasting through the PA! I had to laugh!

On my last full day in NY, I took the metro out to Coney Island… because I’m a big kid! It was funny seeing the far side of the Atlantic for the first time! I walked knee deep in the ocean, I ate grilled corn, I drank fresh lemonade, I rode the 80-year-old rollercoaster (amazing!)… 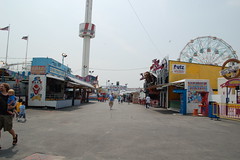 On a final note, I found an amazing little place on 54th and Broadway called the Bagel&Bean… a 2-egg and bacon bagel with coffee for less that $4… I enjoyed it greatly!